This book features seven amazing true stories of brave boys and girls who escaped from the clutches of the Nazis during the Holocaust. Their compelling accounts are based on exclusive, personal interviews with the survivors. Using real names, dates and places, these stories are factual versions of their recollections. 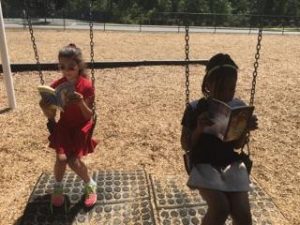 You will read how a brave teenage boy who was shot by a Nazi guard still managed to escape the notorious Treblinka death camp… how a determined young girl who was repeatedly captured and tortured by the Nazis fled with her life time and again, including twice from a firing squad… how a 13-year-old boy with no possessions other than the clothes on his back survived for six months in Nazi-occupied territory… how a 12-year-old girl cheated death while she was being marched to the gas chamber… how a young Jewish girl talked her way out of a certain execution and then lived among the Nazis, pretending to be a Catholic… how a little boy survived a deadly Nazi ambush… how a young girl survived seven concentration camps, including the infamous Auschwitz II-Birkenau where she leaped out of a truck that was taking her directly to the gas chambers.

Their compelling stories reveal that even in the darkest days of humanity, when all hope appears lost, the strength of the human spirit still shines brightly.

Purchase this book from:
Amazon.com

Any teacher who has a Scholastic account can order books for you on scholastic.com or by calling 800-SCHOLASTIC and asking for item number 978-0-545-09929-5.