Firefighters know that no fire is predictable, no day on the job is ordinary. What they don’t know for sure is what heartache or danger they will face when they rush out on a call. Will they discover a severely burned child curled up in the corner of a charred bedroom fend off flaming debris from a collapsing ceiling fall through a burning floor? Will they save a life or recover a body? Will they get hugs of thanks from grateful survivors or give hugs of condolences to victims’ relatives?

After they don 90 pounds of gear and equipment, including flame-resistant turnout coats, heavy steel-soled boots and breathing packs, will they be running up the stairs of a burning skyscraper or running for their lives from a collapsing building? 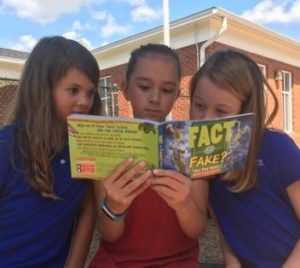 To some people, it might seem foolhardy to charge into the flames to rescue someone you never saw before and may never see again. It’s not that firefighters don’t think about the danger. They’re human and don’t want to die, just like everyone else. But unlike most everyone else, they do what has to be done despite their fears.

That’s why, as you’ll see in this book, firefighter Joseph Clerici crawled through a blazing apartment, desperately groping in the dense smoke for a child who was presumed dead… firefighter John Traphagen leaped into a smoke-filled elevator shaft of a burning high-rise and shinnied down a cable to a red-hot elevator in a valiant rescue attempt… firefighter Bill Shea jumped 15 feet down into a pit of fire without a plan of escape because to do nothing meant certain death for a trapped victim.

Gripping acts of heroism can happen anywhere at any time — a hotel in Chicago, a harbor in New York, a runway near Miami, a high-rise in Dallas. The stories featured here are representative of the amazing accounts of firefighter valor that aren’t well known, have been long forgotten, or received media coverage locally only. In most cases, these stories are based on personal interviews with the firefighters and witnesses or first-hand reports in fire department archives.

In this book, you’ll read about astonishing rescues spurred by fast thinking and quick improvising by firefighters who would never have considered doing what they did if lives weren’t at stake. For instance, Matt Moseley dangled from a helicopter cable over a raging inferno to pluck a man off a melting crane. Charles Kamin tossed terrified children out of a burning second-story classroom as it reached its flashpoint because there was no time to carry them down the ladder.

You’ll also read about firefighters who put their lives at risk simply by doing what’s right, like New York firemen Jay Jonas and his men. Following orders to evacuate immediately, they were running down the stairs of the North Tower of the World Trade Center when they came upon an exhausted elderly woman on the 20th floor. They refused to abandon her even though they knew they probably wouldn’t get out of the building in time. They were still with her when the North Tower collapsed. (Fortunately, all survived because they stayed with her.)

The day-to-day work of firefighters may never make the six o’clock news or the front page, earn a medal or even a thank you. But you can bet the firehouse those dedicated men and women will be back on the job tomorrow, ready to plunge through a wall of flames when necessary, simply because that’s who they are and that’s what they do.

From the chapter Death of the Angels

Lt. Charles Kamin slammed the 26-foot ladder against the wall by the second-floor window, scurried up the rungs and looked in on a horrifying sight. About 20 students were jammed against the window…  Then Kamin noticed something that made his blood run cold. The students’ white shirts were changing color, going from white to tan, then growing darker like marshmallows over a campfire. The blistering heat was starting to burn their clothing.  Seconds, I have just seconds, Kamin thought. The burning clothes told him that in no time the room was going to reach a flash point in which everything— furniture, books, papers and children— would go up in one great white flame.  In desperation, he did something that would have seemed unthinkable just minutes earlier… He kept seizing children and flinging them out the window. In Kamin’s mind, at least they had a chance of surviving a 25-foot plunge; they had no chance of surviving in the burning classroom.