Psychologists say that each of us humans has an inherent survival instinct that lays dormant — in fact, that is virtually unknown to us — and doesn’t emerge until we are battling toe-to-toe with death. Only then does that instinct reveal itself and come to our aid to combat any or all of the six basic enemies of survival: thirst, cold, hunger, pain, terror and loneliness.

Despite overwhelming odds, people have survived the seemingly most hopeless predicament by doing the unthinkable. As you’ll read in this book, desperation knows no limits. A prospector who was lost in the desert for nearly a week without water drank his own urine to survive. A teenager whose arms were hacked off by a madman trudged through underbrush until she found help. 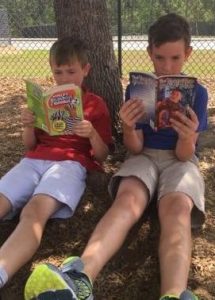 Real-life struggles are often solitary encounters. In this book, some survivors faced their fate alone — like being imprisoned in a dark hole, adrift in a stormy sea, or abandoned for years on a deserted island — with no one to comfort or advise them, no voice of authority telling them what to do next.

Even if they were among thousands, survivors bore their own personal pain. During the horrific terrorist attacks on the World Trade Center, it was “walk or die” for an NYPD police surgeon who was suffering painful, potentially fatal internal bleeding after being struck by falling debris. An NYPD lieutenant was badly injured in the collapse of the South Tower of the World Trade Center but staggered out of the rubble only to be seriously hurt again when the North Tower crumbled.

It would be easy to imagine that the survivors in this book were somehow smarter, stronger, or younger than the rest of us, but that’s certainly not the case. They called on their survival instinct to overcome their fears and keep their wits about them in the face of a horror that might have paralyzed others. “Fear defeats more people than any other one thing in the world,” said Ralph Waldo Emerson. Survivors in this book felt the terror; they just weren’t consumed by it.

If there is one common thread among survivors, it’s a refusal to give in to death without a fight — a willingness to keep trying something, anything to live. It might mean crawling for days in the wilderness with two fractured ankles or eating bark off rotting timber in a cave-in or pouring gasoline on one’s wounds to purge maggots.

From the chapter Agony in the Amazon

Halfway to their destination, the skies suddenly darkened, angry clouds spewed rain and lightning, and the plane started shaking so violently that carry-ons began falling from the overhead bins.  Then Juliane heard a scream, and looked out the window at a terrifying sight. A bolt of lightning slammed into the right wing. Seconds later, the wing was consumed by fire.  “This is the end of everything!” her mother shrieked as a loud bang reverberated through the cabin. Before Juliane could gather her thoughts, the fuselage split open with a sickening crack, spilling passengers, seats and luggage into the raging storm.  In horror, the girl found herself tumbling outside the plane, feeling so helpless and scared that she was too numb to even scream. Still strapped in her seat, Juliane somersaulted toward the jungle below. Her last thought, before everything went black, was that the trees below looked like cauliflowers.